Calypso
Born to be WL's Sadist 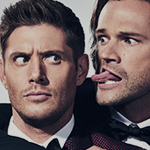 According to sources at the CW, The Secret Circle and Ringer do not exist on any of the network's possible schedules and are considered dead. Gossip Girl, Nikita and Hart of Dixie are all likely to be renewed though most probably with shorter orders for all of them. The CW will launch several new shows in midseason. First Cut, Arrow, The Carrie Diaries, Beauty and the Beast, The Selection and Cult all seem likely to be picked up though the CW began having some doubts about Cult. 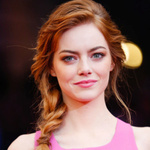 It’s 1984, and life isn’t easy for 16-year-old Carrie Bradshaw. Since
their mother passed away, Carrie’s younger sister Dorritt is more
rebellious than ever, and their father Tom is overwhelmed with the
responsibility of suddenly having to care for two teenage girls on his
own. Carrie’s friends – sweet, geeky Mouse, sarcastic and
self-assured Maggie and sensitive Walt – make life bearable, but a
suburban life in Connecticut isn’t doing much to take her mind off her
troubles. And even though the arrival of a sexy new transfer student
named Sebastian brings some excitement to Carrie’s world, she is
struggling to move on from her grief. So when Tom offers Carrie the
chance to intern at a law firm in Manhattan, she leaps at the chance.
Carrie’s eyes are opened wide at the glamour and grit of New York City
– and when she meets Larissa, the style editor for Interview magazine,
she’s inspired by the club culture and unique individuals that make up
Larissa’s world. Carrie’s friends and family may have a big place in
her heart, but she’s fallen in love for the first time with the most
important man in her life – Manhattan.

Based on the novels “The Carrie Diaries” and “Summer and the City” by
Candace Bushnell, THE CARRIE DIARIES is from Fake Empire in
association with Warner Bros. Television, with executive producers Amy
B. Harris (“Sex and the City,” “Gossip Girl”), Josh Schwartz (“Hart of
Dixie,” “Gossip Girl”), Stephanie Savage (“Hart of Dixie,” “Gossip
Girl”), Len Goldstein (“Hart of Dixie”) and Candace Bushnell. Miguel
Arteta (“Englightened,” “Cedar Rapids”) directed the pilot, which was
written by Harris.

At long last, Emily Barnes feels like she is an actual grown-up. She
can finally put her high school days as the
geeky-girl-with-flop-sweats behind her; she’s graduated from medical
school and is now a first-year intern at Denver Memorial Hospital,
where she’ll have the chance to work with world-famous cardiologist
Dr. Gina Beckett – and where, not-so-coincidentally, her med-school
crush Will Rider is also an intern. So why does everyone keep warning
her that the hospital is just like high school? Emily soon finds out
the hard way – her high school nemesis, the gorgeous, popular
Cassandra Kopelson, is also just starting out at Denver Memorial, and
it seems like they’re rivals all over again – not only as surgical
interns, but for Will’s attention. Fellow intern Tyra Granger warns
Emily that the cliques at Denver Memorial are all too familiar: the
jocks have become orthopedic surgeons; the mean girls are in plastics;
the rebels are in the ER, and Tyra has her own awkward place as the
principal’s kid – her father is the chief resident. Emily’s the new
kid all over again, and it’s just as awkward as high school. Only
this time around, Emily will have to balance the personal and
emotional turmoil of social politics with the high-stakes world of
life-and-death medical decisions. At least she has fellow intern
Tyra and nerdy-but-cute resident Micah, to count on as friends. Emily
is growing to realize that although she may be a geek, she may also
grow to be a great doctor, flop sweats and all.

The series stars Mamie Gummer as Emily, Justin Hartley as Will,
Michael Rady as Micah, Aja Naomi King as Cassandra, Kelly McCreary as
Tyra and Necar Zadegan as Gina.

Investigative journalist Jeff Sefton has learned to laugh off his
brother Nate’s relentless string of obsessions, especially his latest
rant that a hit TV show intends to harm him. However, when his
brother mysteriously disappears, Jeff takes Nate’s paranoia seriously,
and in the process uncovers the dark underworld of the TV show “Cult”
and its rabid fans. The only person who seems willing to help Jeff
with his investigation is Skye, a young research assistant for “Cult,”
who has also started to grow suspicious of the increasingly dark
happenings surrounding the show. The fictitious show, centered on the
cat-and-mouse game between charismatic cult leader Billy Grimm and
LAPD detective Kelly Collins, has become an obsession for its viewers
– and now some of its devotees seem to be taking their fixation to
deadly extremes in the real world. As Jeff and Skye dig deeper into
the fan world, they discover that the gruesome plot twists on
television are much more than fantasy for some very unfortunate
people. The hardcore fans of “Cult” would kill to see what happens
next…

After a violent shipwreck, billionaire playboy Oliver Queen was
missing and presumed dead for five years before being discovered alive
on a remote island in the Pacific. When he returns home to Starling
City, his devoted mother Moira, much-beloved sister Thea, and best
friend Tommy welcome him home, but they sense Oliver has been changed
by his ordeal on the island. While Oliver hides the truth about the
man he’s become, he desperately wants to make amends for the actions
he took as the boy he was. Most particularly, he seeks reconciliation
with his former girlfriend, Laurel Lance. As Oliver reconnects with
those closest to him, he secretly creates the persona of Arrow – a
vigilante – to right the wrongs of his family, fight the ills of
society, and restore Starling City to its former glory. By day,
Oliver plays the role of a wealthy, carefree and careless philanderer
he used to be – flanked by his devoted chauffeur/bodyguard, John
Diggle – while carefully concealing the secret identity he turns to
under cover of darkness. However, Laurel’s father, Detective Quentin
Lance, is determined to arrest the vigilante operating in his city.
Meanwhile, Oliver’s own mother, Moira, knows much more about the
deadly shipwreck than she has let on – and is more ruthless than he
could ever imagine.

“BEAUTY AND THE BEAST”

Detective Catherine Chandler is a smart, no-nonsense homicide
detective. When she was a teenager, Catherine witnessed the murder of
her mother at the hands of two gunmen. Catherine would have been
killed too, but someone – or something – saved her. No one has ever
believed her, but she knows it wasn’t an animal that attacked the
assassins…it was human. Years have passed, and Catherine is a strong,
confident, capable police officer, working alongside her equally
talented partner, Tess. While investigating a murder, Catherine
discovers a clue that leads her to a handsome doctor named Vincent
Keller, who was reportedly killed by enemy fire while serving in
Afghanistan in 2002. Catherine learns that Vincent is actually still
alive and that it was he who saved her many years before. For
mysterious reasons that have forced him to live outside of traditional
society, Vincent has been in hiding for the past 10 years to guard his
secret – when he is enraged, he becomes a terrifying beast, unable to
control his super-strength and heightened senses. Catherine agrees to
protect his identity in return for any insight he may have into her
mother’s murder. Thus begins a complex relationship between Catherine
and Vincent, who are powerfully drawn to each other yet understand
that their connection is extremely dangerous for both of them.

The series stars Kristin Kreuk (“Smallville,” “Chuck”) as
Catherine, Jay Ryan (“Terra Nova”) as Vincent, Max Brown (“The
Tudors,” “MI-5”) as Evan, Nina Lisandrello (“Nurse Jackie”) as Tess,
Nicole Gale Anderson (“Make It or Break It”) as Heather, Austin Basis
(“Life Unexpected”) as J.T., and Brian White (“The Shield,” “The Cabin
in the Woods”) as Joe.


The Selection is still in development at The CW. Pedowitz likes it.